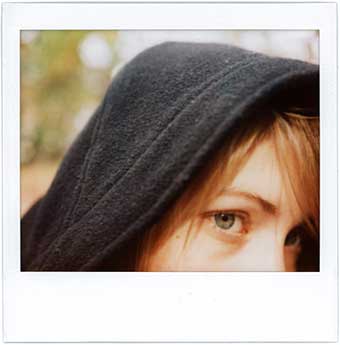 Photographer Reluctantgod writes with news of a cool project:

It is a sequential narrative composed of 73 Polaroids.  I utilized Autoviewer technology (from Simpleviewer.net) to create a Flash gallery where the photos are arranged in a continuous row, with no page breaks. Each new photo in the sequence is advanced from left to right in front of the viewer, by way of non-intrusive buttons and/or the arrow keys on the keyboard. Each time an image is centered, its corresponding caption is revealed in clear text, below the image.

When I found myself running out of Polaroid film (as it has now been officially discontinued by the Polaroid Corporation), I decided that I should do something “bigger,” something that was more intriguing and powerful, with my remaining film supply. I have always had a love for sequential art (that your books have truly re-enforced and strengthened), so I decided to undertake a challenging project that would be unique among works of instant film photography.

It’s called A Garden Not Lost to Us and it’s a spooky, interesting read. I especially like the idea of new tech being used to transmit the swan song for a dying tech.