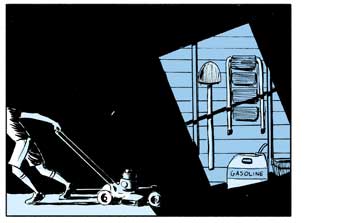 Talked to a lot of people on my latest fact-finding mission to New York as I head into the rewrite phase of my graphic novel.

One of them, Nathan Schreiber, I had the pleasure of meeting last week, so this is as good an excuse as any to plug his great comic Power Out (image above) now running at Act-I-Vate.

I don’t think I’ve learned that much in one week since I first discovered gravity as baby. Thanks, everyone!