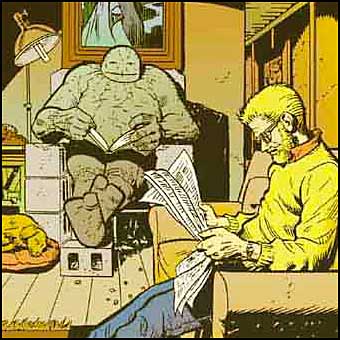 Paul Chadwick has a new site featuring excerpts from his award-winning series Concrete, as well as other features.

Ivy and I have a running joke that every time I get nominated for anything, we just assume that Chadwick will beat me since that’s what happened for years while I was working on the Zot! series (at least until I did UC and invented a category he wasn’t competing in).

Truth is, though, it couldn’t have happened to a nicer guy. Check out his swanky new site and the great comics within.