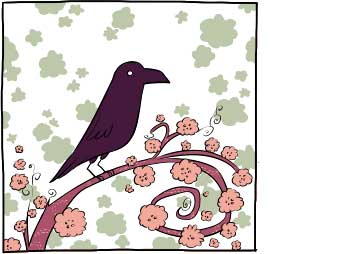 While reading the latest “hey-they’re-making-comics-on-the-web-apparently” article (found via DD) I stumbled on yet another interesting comic that’s been running for a while, but which I stupidly missed: Kinokofry by Rebecca Clements. Weird but pretty. Check it out.

The Serendipity of the Web was a selling point in the mid ’90s when most of us starting hopping on. Now, I have a nagging anxiety that for every cool comic I stumble upon, there are another 1,000 I would have liked but will never see.

I love working on the graphic novel, but it’s meant less surfing and less involvement in the webcomics scene. Hoping to jump back in more after the last page is drawn in a couple of years.