Not Even REMOTELY Safe for Work 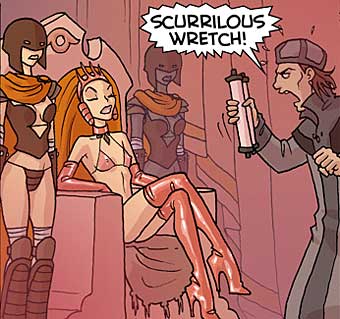 If they’re funny, creative, and only slightly evil.

Especially liked this one.

Well, That’s not even Subtext… 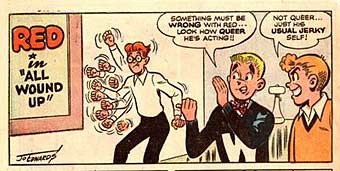 Rich Johnston has a snappy write-up on the big announcement that Archie Comics is introducing its first gay character.

Let that one sink in for a moment. (Fun fact: Archie first appeared in 1941).

Best of all though are the clips at the bottom of the article, with some very easily “misread” panels and covers from Archie Comics’ history, including my favorite above.

On the Topic of Sex 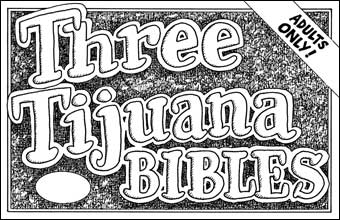 NSFW, Adults only, etc… (thanks to Tom for spotting this one first).

It’s worth saying once in a while, so I’ll say it again now:

Sex is a huge part of life. There’s no reason that honest, explicit depictions of it can’t be a huge part of literature and art, including comics. The idea that explicit sex has to be forever hidden, that the audience’s “imagination” is the only appropriate place for such things, is misguided at best, and at worst it betrays the unhealthy self-loathing that we really need to shake off as a species.

And Now, A Moment of Prudery

Thanks to Dirk, I have seen that two-page spread, and I have to say I’m with the Spivock family 100% on this one. Sex is a legitimate topic in all media, including explicit depictions, but putting vodka in mayonnaise jars is just not fair to consumers.