Have a Great Halloween Weekend! 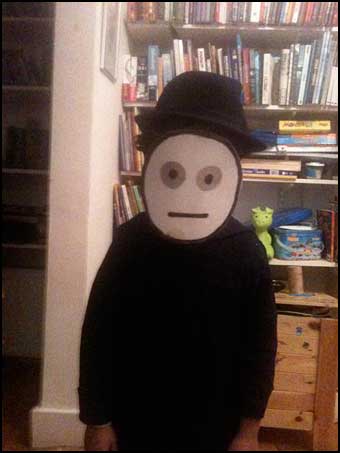 Site might be down a bit in the next few days while we fix some things, but hope to be back to regular blogging on Monday. 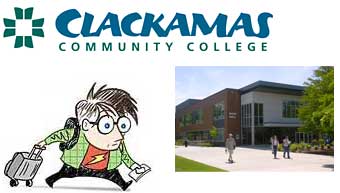 [Edit to Add: If that link goes to the wrong place, know that my hosts tell me it’ll be at 6:30 pm at Niemeyer Center]

Back home and to regular blogging Monday. Have a great week(end)!

The Day in Review 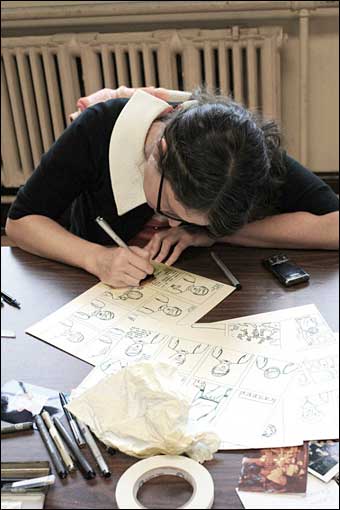 Two more 24-Hour Comics Day links to consider, now that this year’s event is in the rear-view mirror.

Sean Michael Robinson offers a thoughtful look at the phenomenon, his own experience in Seattle, and improvisation in comics here.

Pay special attention to the paragraph on our daily impediments to focus and see if you can’t relate. “Iron swimsuit” indeed…

Meanwhile, the video (from 2008) in this blog entry about 24-Hour Comics Day in Amsterdam, just made me smile from ear to ear.

You don’t need to know Dutch to recognize the language of creativity, camaraderie, and comics. Wish I could have been there. 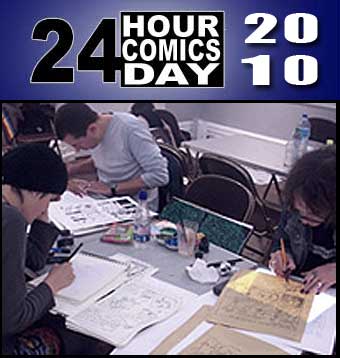 Can you climb the Mount Everest of Comics? 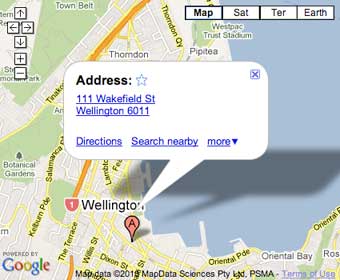 …the whole family is coming your way in February for Webstock! I’m assured it’s the mostest bestest scientifically proven amazingest conference ever, so if you’re in the web design field or anything like it, convince your boss to let you to register today.

We’ll have more details on our trip in the coming weeks, but rest assured, we’re already slated to visit one of New Zealand’s greatest tourist attractions, the mighty Dylan Horrocks, before heading home.

As for the near future (and a slightly nearer destination) I’m off to NYC Saturday for next week’s Education Nation Summit. Back to Blogging next Friday. Have a great weekend!

Fortunately, if you’re in the Los Angeles area, you can still catch the LA release party at Secret Headquarters this Friday at 7:30pm, and be one of the first to buy a copy.

(And if you’re not, there’s always the Interwubz.)

Been salivating for this one ever since this effective little video hit earlier this year. Can’t wait to get my hands on the real thing!

I’m heading back to New York next week for NBC’s Education Nation Summit, a broadcast public forum on a variety of issues surrounding education in the 21st Century, held in Rockefeller Plaza.

I was actually invited a while ago, but was holding off a bit on an announcement until I had a better idea of what I’d be doing there. As it turns out, I’ll probably be doing little or no talking and a whole lot of listening (which is a nice change of pace, actually) but it should be an interesting couple of days, nevertheless.

It starts a week from today. I encourage everyone to listen in, since big chunks of the event will be broadcast or at least webcast by NBC in its various incarnations.

And in case you’re wondering why me, most of the invitees (roughly 300 of us) are directly involved with education (MIT’s president Susan Hockfield, for example), but they’ve also cast a wide net that includes other fields like politics, sports, music, and apparently comics.

Life is strange… but increasingly interesting.

This is the full 2-Day Workshop (given most recently at School of Visual Arts in Manhattan). 16 full hours of everything I can teach you through lectures and hands-on exercises.

An intense look at the art of telling stories visually.

Here’s the link to SIGN UP. As always, availability is limited. See you in December!

A bit under the weather, so real blogging will resume tomorrow.

In the meantime, here’s a thought experiment that crossed my mind this morning: If Walt Disney had been a much better animator, would he have gone on to be a cog in someone else’s machine? 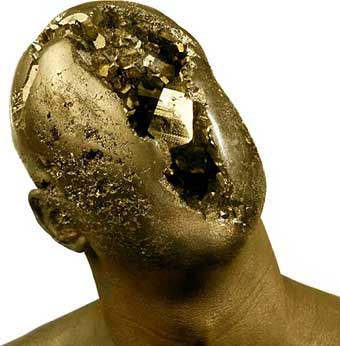 If you love creative, cutting edge comics and can be in London anytime from today until September 26, don’t miss the Hypercomics exhibit The Shapes of Comics to Come at the Pump House Gallery in London’s Battersea Park. It sounds (and looks) like a fascinating, site-specific exploration of comics’ outer boundaries. Admission is Free.

Curated by “The Man at the Crossroads” himself, Paul Gravett, and featuring the prodigious brains of artists like Dave McKean and Daniel Merlin Goodbrey, this is sure to be an unforgettable experience.

(And one that I’ll miss, dammit, so somebody take lots of pictures if you can!)

The exhibit is part of the Comica Festival. I stopped by and caught a bit of last year’s and had a great time. Check out their main site for more details on upcoming events.