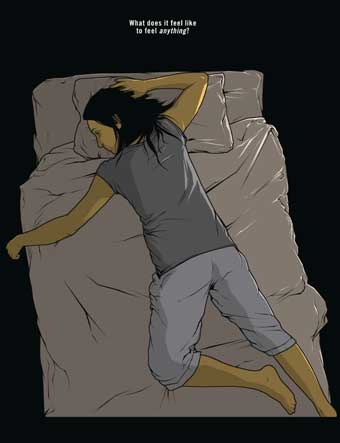 Sydney-based Karen Beilharz is putting together a handsome anthology of stories about depression and she could use some help. 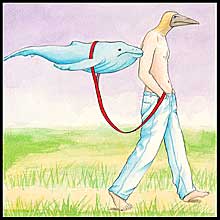 This looks kinda cool. And weird.

I also like the look of two relatively-recent Portland-based diary comics (both of which could benefit from a dedicated website): Natalie Nourigat’s Between Gears and Emi Lenox’s EmiTown.

Meanwhile, blog entries have been popping up about last weekend’s Comics and Medicine conference. Check out accounts by John P, Brian F, and Sarah L, plus Phoebe G’s Facebook page. Not surprisingly, I look like a dork in all the pictures. 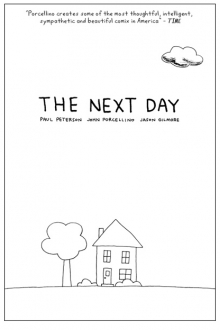 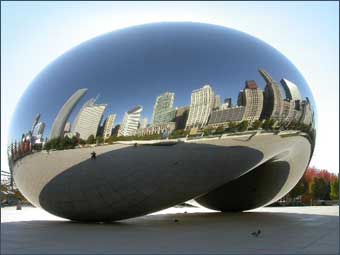 This Saturday, June 11, join me at Northwestern University’s Thorne Auditorium at 3:00 pm for a free public lecture in association with this year’s Comics and Medicine Conference and the legendary Quimby’s.

It’s a big room, so tell your friends and spread the word! This is my only Chicago talk planned for the near future, so let’s seize the opportunity to meet.

IMPORTANT: My lecture is FREE and open to the public! You don’t have to be a registered conference participant to attend. Everybody is welcome.

Thursday is Sky’s graduation(!) and I fly early on Friday, so back to blogging Monday. 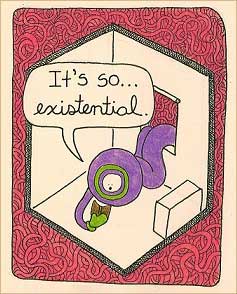 Here’s a new comic from the relentlessly strange and consistently intriguing cartoonist Brett Harder. I’ve mentioned Harder on Twitter a few times, but not here on the blog, so time to rectify that.

Returned from New York last night, following yesterday’s Doodle 4 Google award ceremony. The kids wore t-shirts with their doodles on them and were all super-adorable (and a bit nervous!).

Big congratulations to grand prize winner Matteo Lopez, his three winnners circle companions, as well as all 40 finalists. You were awesome.

The festivities were MC’d by the legendary Marissa Mayer along with doodle masters Ryan Germick, Sophia Foster-Dimino, Mike Dutton (who did the great final art for the Eisner doodle), and Jennifer Hom. I also had fun talking to fellow judges Jeff (Diary of a Wimpy Kid) Kinney, figure skater Evan Lysacek, and the Whitney Museum’s Kathryn Potts.

And yes, the food at Google’s new New York offices is just as good as Mountain View’s. 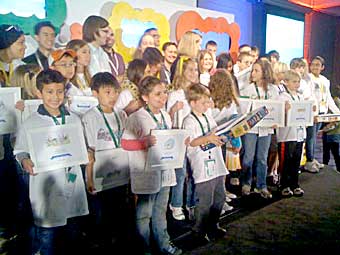 Regarding Tuesday’s post, You can read more about (and of) The Influencing Machine on Slate today. Check it out.

Finally, regarding Monday’s post, yes there is a comics writer named Stuart Moore, but no, this is a different guy. 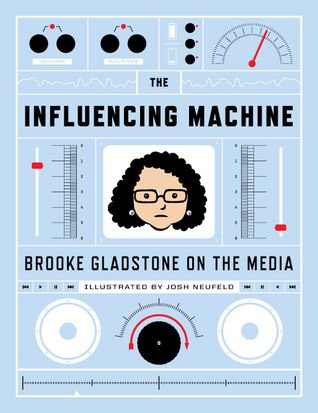 I’ve been dying for an excuse to plug The Influencing Machine by Brooke Gladstone and Josh Neufeld, since I read an advance copy several weeks ago, and this PW article oughtta fit the bill (though I’m a little embarrassed to be once again linking to an article that turns around and plugs me back at one point =•_•=).

The Influencing Machine is one of the best non-fiction comics I’ve read. I’m a long-time listener/reader of both Gladstone and Neufeld, and their work dovetails beautifully here as they tackle the important and timely issues of media evolution and influence.

Gladstone’s work for NPR’s On the Media has always been top-notch. Her probing, far-reaching editorials for that show set the tone for The Influencing Machine. This is an ambitious book, and it delivers. I’m delighted that she chose comics (and Neufeld!) to help hammer these vital issues into our minds.

I strongly recommend both the book and, if you haven’t heard it before, the show. 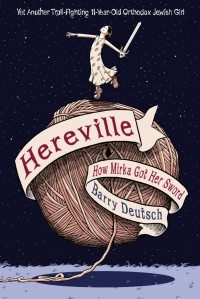 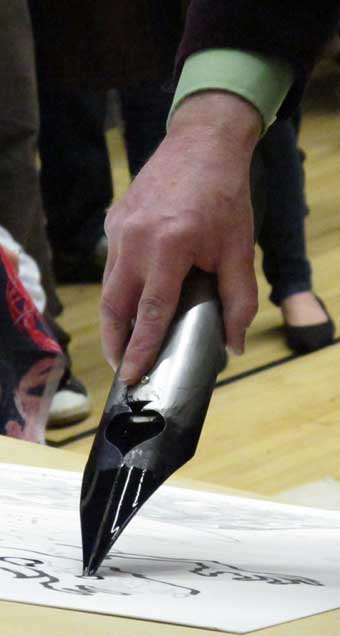 Congratulations to Jim Woodring for actually building and using that big-ass pen I told you about a while back! Some pictures via Bart Beaty here and a video here (links via twelve zillion people, but I think I read about it on Comics Reporter and the Beat first).

Another notable new webcomic to check out: Doug Tennapel’s Ratfist (thanks to Corey Mcdaniel for the heads-up). Also realized that Kris Dresen’s She Said is gathering steam. Hop on board before its done.

And via Snail Mail, two books about comics:

The comics-format To Teach: The Journey in Comics by Bill Ayers (yes, that Bill Ayers apparently) and Ryan Alexander-Tanner, which looks intriguing, and The Rise of the American Comics Artist: Creators and Contexts, which I have an interview in, but looks plenty interesting anyway.

Finally, congratulations to Sarah Oleksyk on the publication of the collected Ivy. I’ve read them all, but I’m happy for the excuse to read them again.

The REAL Future of Comics 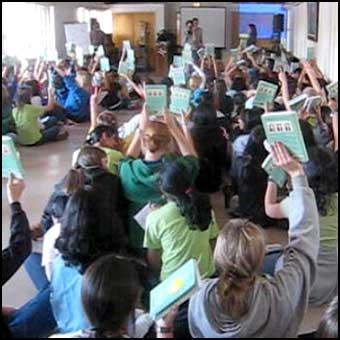 New York based Raina Telgemeier recently blogged some adorable photos of school and library visits she did here in California on behalf of the terrific “dental drama” Smile. I defy anyone to read the post and not smile just as widely as Raina and her growing family of young readers.

Reading it drove home for me again (see previous post) what an enormous opportunity every cartoonist has to translate their own experiences and interests into comics and find or even create new readers, based on the subject of that work.

One reader emailed me from a Therapy Center simply because she’d heard there was a comic explaining Crohn’s Disease (there is; it was a 24-hour comic by Tom Humberstone who suffers from the condition). Crohn’s disease affects between 400,000 and 600,000 people in North America alone (thanks, Wikipedia). Why the Hell WASN’T there a comic about Crohn’s disease until now??

Whole markets can be created out of thin air when the right subject strikes. Gan Golan (one of my 2003 seminar students at MIT) made a name for himself collaborating on the political parody Good Night Bush in ’08. Now he’s now teamed up with several other great talents to create Unemployed Man and he’s had no trouble getting coverage on CNN and a zillion other press outlets—not because of some surge in interest in the comics artform—but because Gan and co-creator Erich Origen have zeroed in on a topic with a potential target audience in the millions.

The beauty of this kind of outreach is that it only adds to the base of comics readers, and rarely do these efforts cannibalize each other. Barry Deutsch’s fantastic orthodox Jewish adventure Hereville isn’t competing for readers with the Bertrand Russell stories in Logicomix, or with XKCD, or with Persepolis. Each one is its own little community of readers, some of whom may have never read a comic before, but ALL of whom are now one comic deeper into this medium we’d all like to see grow.

Are you a cartoonist?

Are you passonate about something? Anything?

Do those “others” number in the thousands? 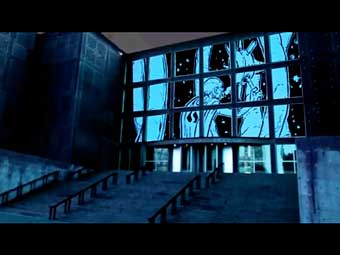