On the Drawing Board: An Update

This probably won’t be in the book. It just makes me smile.

As some of you know, I’ve been working diligently on a big fat book about visual communication. It’s turned into an unusually complex project and it’s taking a long time, so thank you for your patience.

Long story short; I set out to catalogue all the fundamental design principles that successful visual communication is built upon. Early on, I was describing it as a kind of “Elements of Style for Visual Communication.” The problem is that as gargantuan a project as that was likely to be on its own, all of those design principles kept leading me back to the underlying principles of visual cognition. And visual cognition kept leading me back to evolution and biology. So the book kept growing and… Well, here we are.

I’ve finished the layouts and I’m working on revisions. Then on to finished art.

I’m still traveling and doing lectures and workshops, of course. I’ve also taken on some side projects here and there; mostly nonfiction technical comics explaining everything from neural networks to block chains. But the visual communications project is still where my heart lives most of the time, and where I’ve directed most of my work hours.

Feel free to follow me on Twitter for the occasional update (this blog will stay pretty quiet for a while until I can clear my drawing desk), or if you catch me on the road, you may see some of these ideas flying past you at a rate of 30-slides-per-minute. I’ve had a lot of fun working them into my talks!

Assuming that America is still standing when I’m finally done, I hope you’ll join me as we kick off a whole new great debate on a topic that’s increasingly important to me.

Posted in Non-Fiction Comics, Process, Site Update, Visual Communication | Comments Off on On the Drawing Board: An Update

On the Drawing Board:
The Visual Communication Project 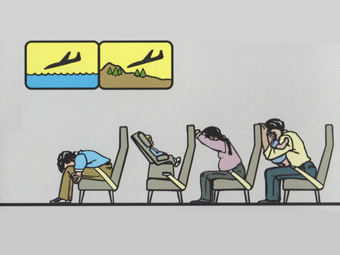 For a while now, I’ve been working on my not-so-secret project: a big nonfiction comic about visual communication across disciplines.

This blog will continue to be pretty quiet while I toil away at the book, but bits and pieces have been showing up in my visual lecture as well. If you manage to catch me on the road anytime in the next year or two, you’re bound to see evidence of this particular obsession.

Visual communication and education have been a long-standing fascination of mine. Nonfiction comics artists, data journalists, educational animators, visual facilitators, signage & wayfinding experts, visual presenters, even those who study facial expressions and body language; they’re all engaged in the struggle to better understand how we learn through seeing. But they’re too often knocking on the same door; trying to reinvent the wheel; unknowingly stumbling upon the same principles as their distant colleagues.

I’m hoping that I can articulate some of those common principles and help stitch together those disparate fields in a useful way. I don’t have a title yet, but I often describe it as “an Elements of Style for visual communication.” [Update: possibly a mistake, according to Neil Cohn who directed my attention to this.]

I’m hoping it won’t run quite as long as the last book. Right now, I’m doing research enough for a very long book, but I’m hoping to apply it toward writing a short one. We’ll see!

Anyway, don’t expect a lot of blog updates for a while. Follow me on Twitter for more frequent chatter on various topics (including politics—sorry!), but when the book is finally ready, I’ll certainly post about it in both places. 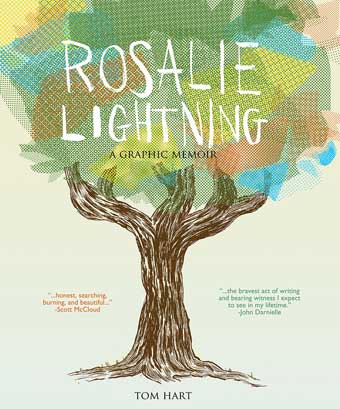 It’s only February 2016, but Tom Hart’s incandescent memoir about the loss of his (and wife Leela Corman‘s) two year-old daughter will be talked about all year, and I’m confident it will come up again in year-end book of the year round-ups.

I know Tom and Leela, and briefly met Rosalie as a baby. But even strangers to their family will know them intimately when the story’s done. I hope anyone who stumbles on this page will give the book a try. 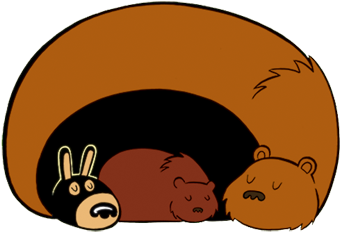 This blog is going to be pretty quiet this year while I continue work on the graphic novel, but wanted to pass along a couple of links.

Congratulations to Spike and Diana Nock for a successful Kickstarter for Poorcraft, and to Jeff Parker and Erika Moen for the recently completed Bucko, both of which will be out soon in book form.

Also recently completed is Kane Lynch’s The Relics and if you have an Android phone, be sure to put some Merlin in it.

Two artists in trouble this month: S. Clay Wilson and Tony DeZuniga. Help if you can.

Two recent passings that struck a chord: The great Moebius, who had a huge influence on me (and most of my generation probably). Also very sad to hear of the loss of Peter Bergman of Firesign Theatre fame. I had the pleasure of spending time with Peter at a conference in Colorado about 15 years ago and was able to tell him how much his work had shaped my teen years. Moebius, I met only once (at Comic-Con). I told him he changed my life and he just laughed and said “I’m so sorry!”

That’s all for now. Back to the Cintiq. Many pages yet to draw, so you won’t hear from me much for a while, but I hope it’ll be worth the wait.

You can also find me on both Twitter and Google+ (where I pop-up a little more often than here).

[Image from the cool webcomic Poppa Bears found via Spurge]

Also asking for a helping hand this week is the very promising documentary Stripped by Dave Kellett and Fred Schroeder. It’s a great cause (and I’m delighted that a goofy quote of mine got to be the punchline for the excellent trailer), but after such an explosive start to their fundraising campaign, I can’t imagine they won’t make their goal. So if you can only give to one (if either—I know times are tough), please consider Al this round.

Also this week, Faith Erin Hicks has begun online serialization of her new graphic novel Friends with Boys. Look great so far. Check it out.

Finally, want to be a Google Doodler? Our old pal Tom Galloway reports that they’re hiring.
[Link corrected! Earlier link was to a “Doodle engineer” which is a little different.]

Off to NYC this weekend. I’m actually flying a bit early to, um, be in New York City in time for Hurricane Irene(?). Okay, not really. Just so that the hurricane doesn’t screw up my travel plans for my talk at NYU this Tuesday (not open to the public, sorry; just for freshmen in the Liberal Studies and Global Liberal Studies departments). 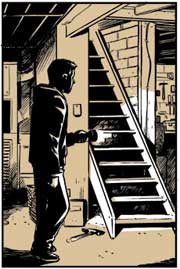 Haha, look who I’m tied with. Also being on this more personal list made me smile.

Been looking for an excuse to link to Cameron Stewart’s beautifully rendered Sin Titulo. This news seems reason enough.

Finally, in keeping with last week’s post (and Google+ mini-meme) on art we did when we were 15 years-old, here’s an interview with talented cartoonist and entrepreneur, 14 year-old Emma Capps. The girl’s reading Asterios Polyp, People. This next generation will be something to see.

Not the Most Scientific of Polls, Maybe…

Catching Up with Hans Rickheit 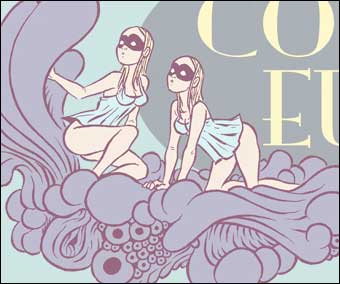 Rickheit had some financial problems lately and could always use a little help. It’s never been easy to push the boundaries of your chosen art form, but we should be grateful for those willing to do so.

I’m in the iOS walled garden for now, so I can’t comment much beyond that, but if you’ve got an Android device, I’m sure it’ll be worth it (and hey, it’s free).

And for those of you who do read comics on Android devices, I’d love to hear your thoughts on the market’s potential.

Oh! And sort of on topic: It occurs to me that though I tweeted it while in Norway at EuroVis, I don’t think I linked from the blog to Google’s latest comics adventure, a fun little explanation of Google Correlate.

So Many Lies, So Little Time 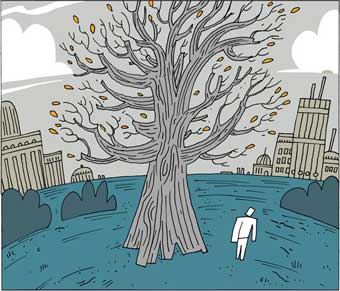 Darryl Cunningham continues his comics crusade to untangle lies, myths, and misconceptions with a new comic defending the science that’s grown from Darwin’s theory of natural selection. As usual, he does so with wit, charm, and quiet persistence.

I’ve considered doing something similar, maybe even a book length project, but these days I have trouble even thinking about this issue without getting pissed off and just wanting to smash my head against a wall. The idea that there are so many millions of people in this country who still believe the Earth is less than 10,000 years old is a national disgrace.

But a book filled with that wouldn’t convince anyone.

So thank you, Darryl Cunningham, for suffering fools gladly. You’re a better man than I am.

[Edit to add: Scott Dubois in comments points to this recent comics explanation of Evolution by the capable team of Hosler, Cannon, and Cannon. Looks good!]